The hip is a ball and socket joint that allows the upper leg to move front to back and side to side. The largest weight bearing joint in the body, the hip joint is surrounded by strong ligaments and muscle.

Also called the thigh bone, the femur is the bone for the upper portion of the leg. It is the longest, largest and heaviest bone of the body. The femoral head is the top ball-like end of the femur. The femoral head fits into the socket of the pelvic bone to form the hip joint. Cartilage on the head cushions the joint in the socket, allowing smooth rotation. The femoral neck supports the femoral head. Its length allows for maximum leverage and rotation. Two hip bones come together to form a girdle at the bottom of the body called the pelvis. It carries and transmits weight from the upper body to the lower limbs in standing or sitting positions. Each hip bone is divided into three sections: the ilium, the ischium and the pubis.

Hip braces are stabilizing supports that help keep your hip in the correct position and limit mobility while the hip heals following an injury or surgery. The type of brace you use will depend on the type of injury you have and should be determined by your doctor.

To find out more about hip bracing, go to Breg Hip Braces. 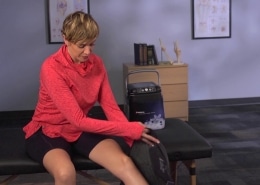 In this Polar Care Wave Patient Application video you will learn easy instructions on how to use the Wave device. 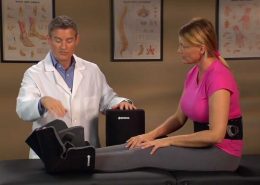 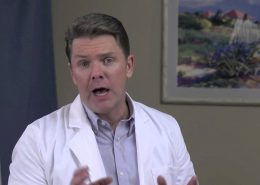 Other non-surgical options to help manage hip problems include cold therapy ranging from simple ice packs to motorized cold therapy (an insulated cooler with a pump and pads that deliver cold to specific joints), your doctor may suggest using cold therapy to reduce pain and swelling of an injured joint. All cold therapy, including ice, can be cold enough to damage your skin, so regardless of what kind of cold therapy you use, follow your doctor’s instructions.