For the Love of the Game

Brad Huntley had been a passionate high school football official for more than 25 years when a pre-season injury almost put him on the bench.

In August 2017, one week before the season began, he tore his meniscus and strained the MCL in his right knee. 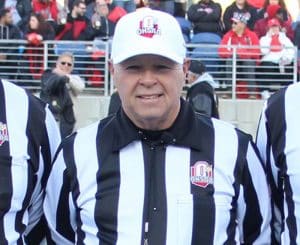 “I thought my season was lost. It couldn’t have happened at a worse time. But my doctor and the brace department at The Center for Orthopedics [in Ohio] saved my season – and my career.”
– Brad Huntley, OHSAA Football Official

Brad’s care team fitted him for a Breg Axiom® brace one week after his injury. Three weeks later, he was selected to officiate an Ohio State Championship game, a role he had strived for. “There is no greater honor,” he said.

Brad ultimately officiated 10 regular season games and five play-off games that season, and came back the following year to referee 16 games, including the State Semi-Final.

“This brace is incredible,” Brad said. “It’s comfortable and allows me to run pain free. You can’t even see it under my football pants. Without it, my football officiating career would have ended that day in August.”

For the Love of Golf
Scroll to top